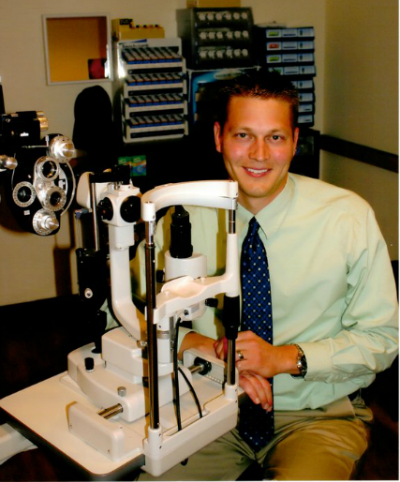 Brandon Becken grew up in Prosser, Washington. He attended Arizona State where he received a BSE degree in chemical engineering. Interested in pursuing a medical profession, Dr. Becken then attended the Ohio State University College of Optometry, from which he graduated in 2008. He moved back to Arizona to be close to family and pursue a profession in optometry. Brandon has since practiced as an independent doctor of optometry in several practice settings through out the valley. Married to Alyson since 2006, they have three young daughters.